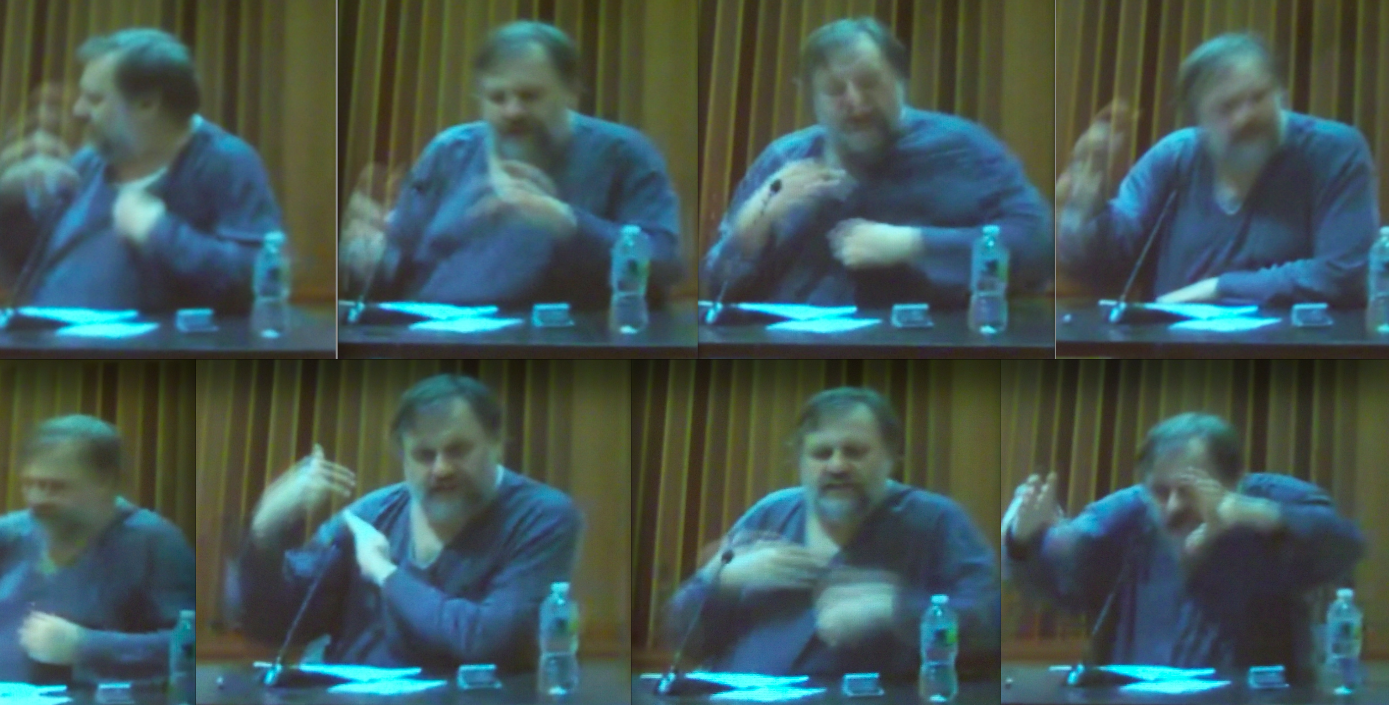 Philosopher and cultural critic Slavoj Žižek in discussion with Bob Avakian, Chairman of the Revolutionary Communist Party of the USA.

Mr. Žižek, your musings about Communism are dressed up as new and nuanced thinking …

I’d never claim that. My views are rather old statements with the dominant bourgeois narrative of communism as „failure“ and „horror.“

The world is a horror. The ecosystems threatened, malnutrition and hunger, neocolonial wars …

And Communism is the cure?

… Growing numbers of people, from Egypt to the Occupy movements, are resisting. We are helping them to question the existing social order.

Now, that shit’s new. Until now, you and the RCP always had the answers. No questions, only answers.

Your words against Stalin and Mao are stunning for the absence of materialist analysis. The Great Leap Forward in China of 1958-60 accomplished …

You bet it did.

No food at all doesn’t seem like a solution to me.

This is just vilification of Mao and sensationalistic history. The Cultural Revolution in China of 1966-76 effected unprecedented transformations in education, in industrial-management practices, in healthcare, in the arts.

Name one artist of this Golden Age in Chinese history!

I won’t exchange it for blind anti-capitalism, no.

Freedom fighters are well aware that freedom comes only by overcome capitalism and U. S. imperialism.

Freedom fighters are well aware that freedom comes only insofar as it is truly social freedom.