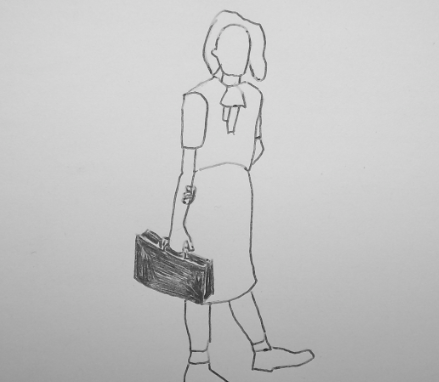 Her mother was determined to make Cara fearless. The thunderstorms of the west, which rage across the prairie and are feared by many children and even by timid adults, were cleverly made by her the children’s special treats for good behavior. Cara and her brothers were allowed, as a great prize, to sit on the porch and watch the next thunderstorm.
So twenty years later, when ailing Cara finds out that her job in Midtown Manhattan – 27th floor, surrounded by 248 lawyers – is eating at her soul, she decides to leave.
Just like that?
Just like that. The job requires me to be someone I’m not, she says.
No fears?
You’ll get over your fears if you’re in a situation where you simply have to, she says.
Cara moves to Gillette, Wyoming, to help the inhabitants in their legal affairs. Prominent among her cases is that of an old peasant lady who accuses her never-do-well nephew of spending her life savings. He says the money was a present, the lady claims it was a loan.
The town calls Cara the „hard-boiled egg“, refering to the fact that the old lady can only pay the lawyer with eggs.