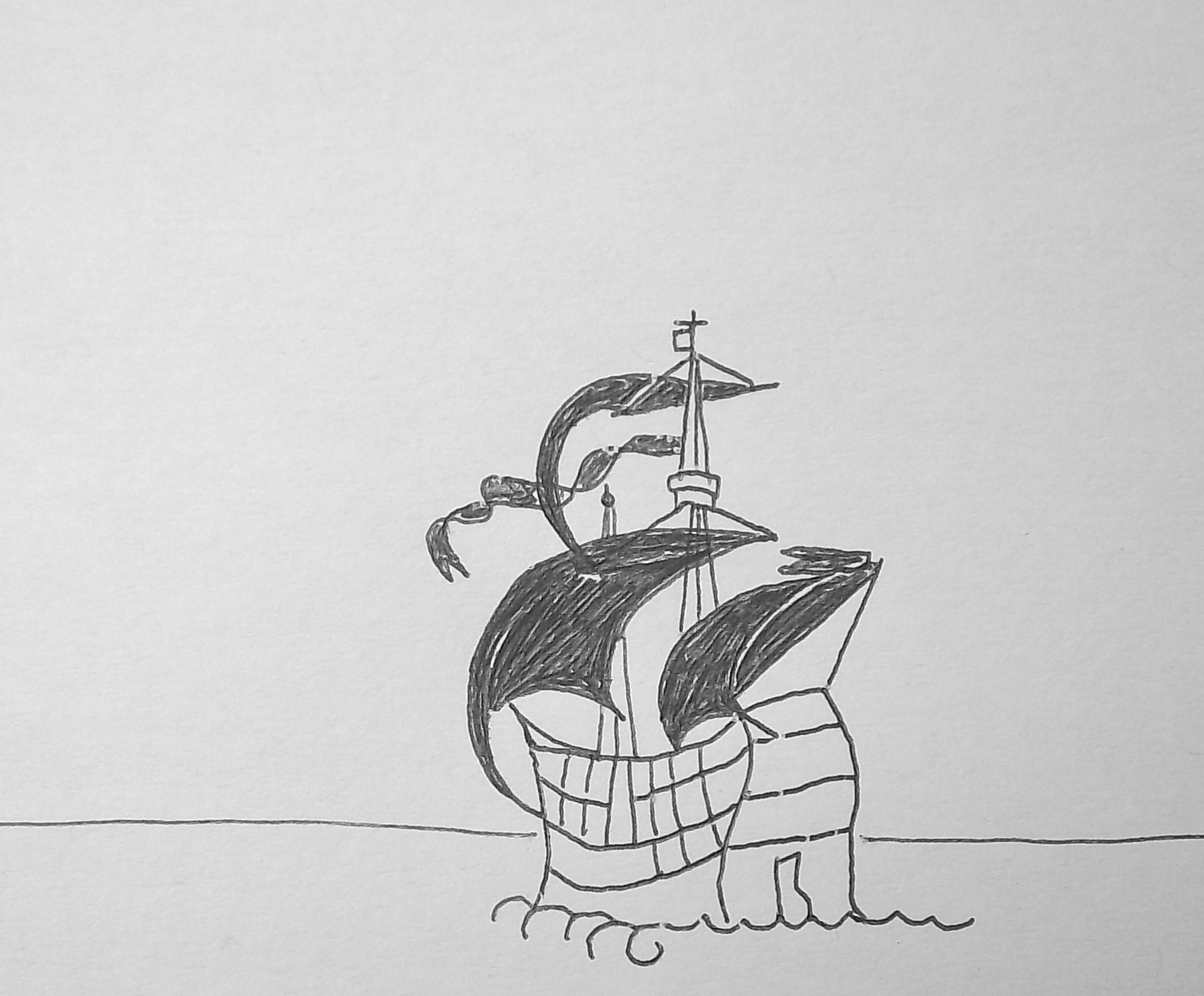 Yeah, well, Columbus. I was always carrying messages, you know. The Captain would say to me „Bartolomeo, go to the pilot and tell him the north wind’s going to blow tonight.“ And I would hurry up there, on my four feet, and I would shout out „Hey there, Pero Nino and all of you useless spaniards, don’t poke your noses above ground tonight. The north wind’s going to blow.“
Or Columbus would say: „Bartolomeo, get forty muffins and take them over to the Indians on the island.“
And I’d go to the caboose and ask Pedro, where those muffins for the Indians were.
„Probably lost by now“, he says, „why, you’re hungry?“ And so on.