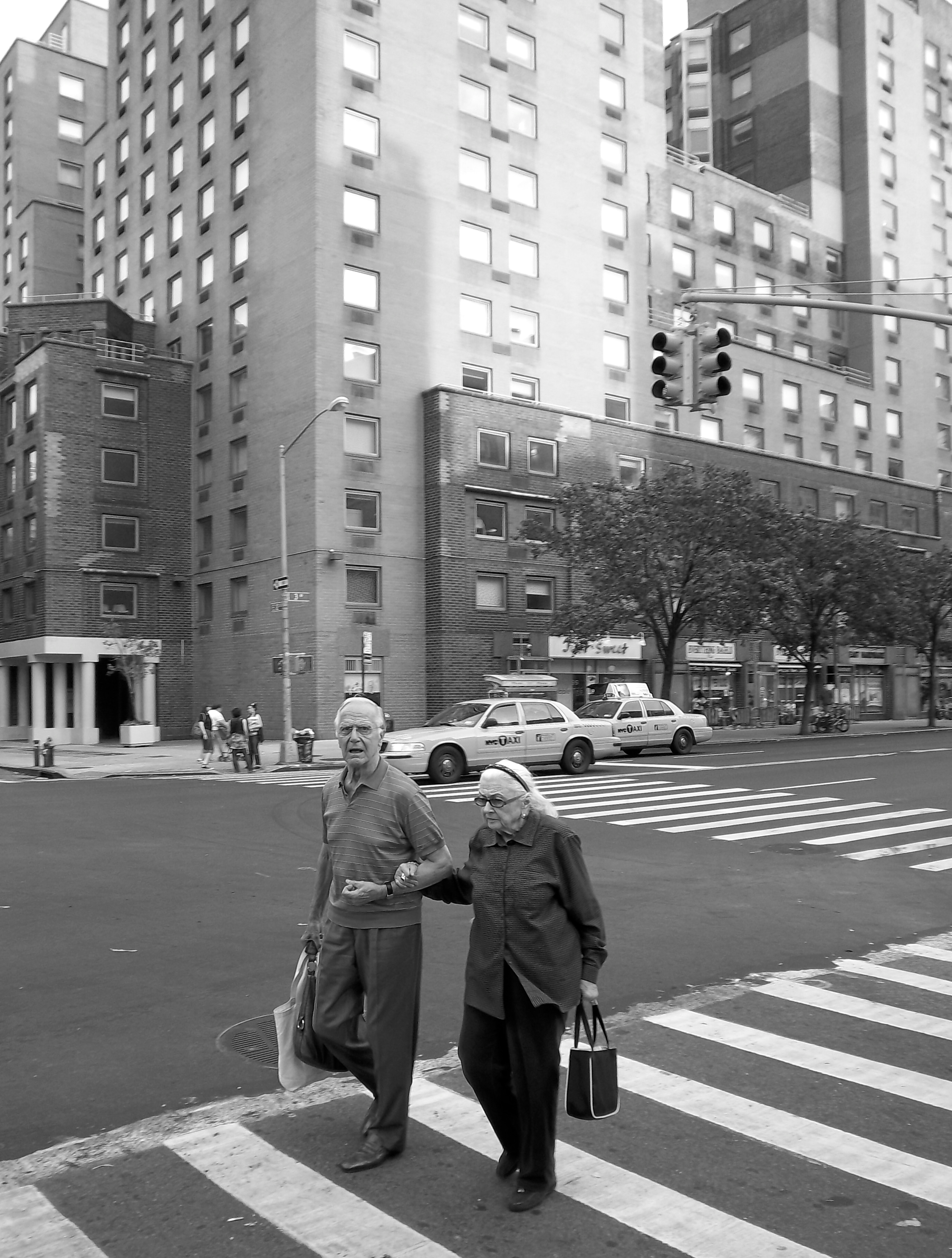 Cabdriver Will Young discovers a moving crosswalk – some kind of vertical escalator. It carries two passengers: British World War II Colonel Wadd Hollingberry – and Meg O’Keefe, Will’s long-lost love. After years held captive by the cold-blooded Hollingberry, Meg has finally consented to her fate and participates in the Colonel’s daily crosswalk-exercise (‚Left leg up! Left leg down! Right leg up! Right leg down!’) Will Young wants his revenge, sets the cab right on the moving crosswalk in an attempt to to stop it, yet he can’t risk putting the only woman he ever loved in danger and continues to drive towards the horizon.