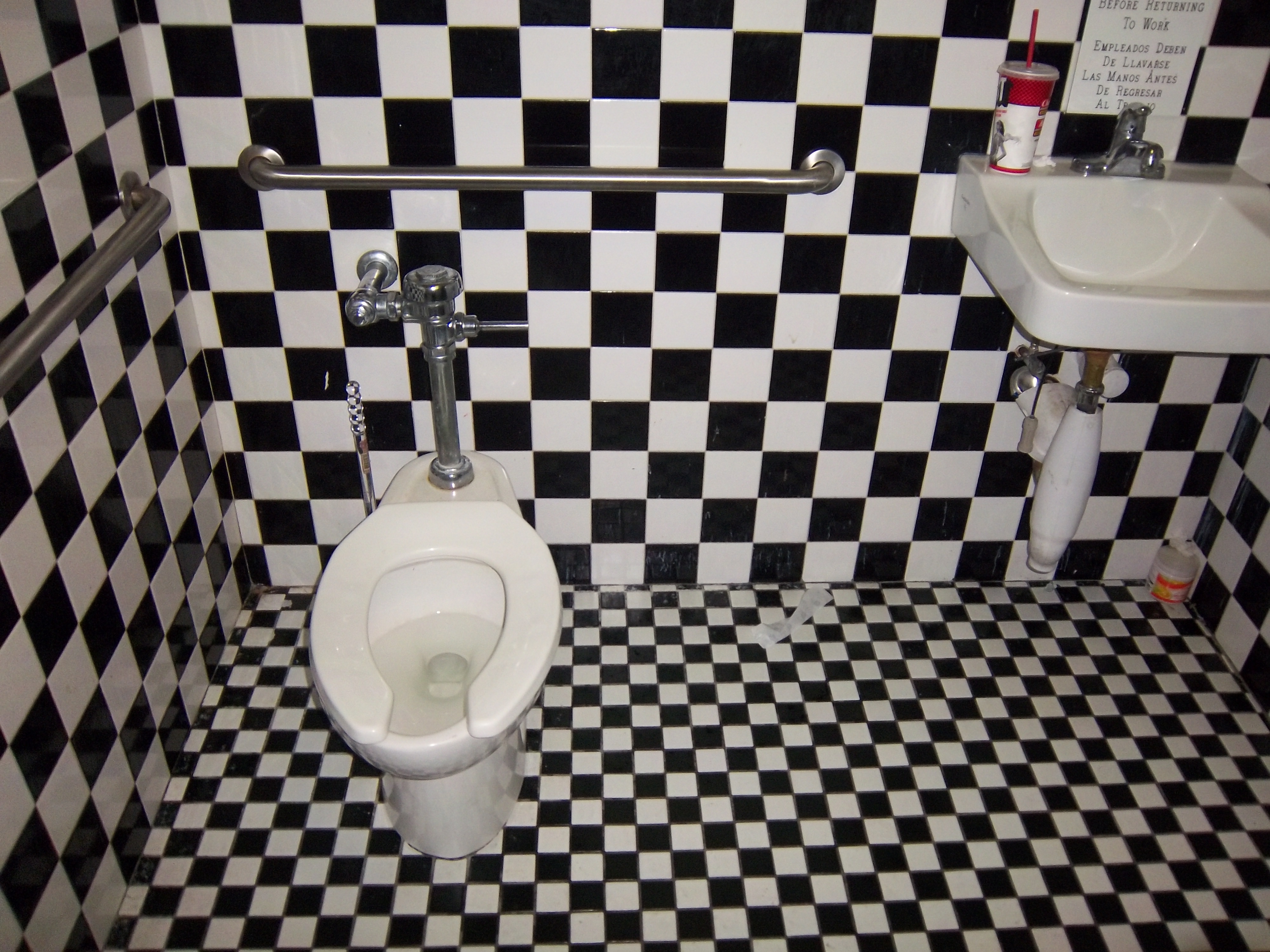 It was an early Saturday morning. Barry (working in PR, creating never-used ad campaigns for Levi’s and Visa, hoping someday he’d find a job „that would make me feel alive“) was carrying a pile of tiles to replace some broken ones in the restroom of grandma’s fast food restaurant. Nothing special, black and white tiles.
Without a box to store them in, he was carrying them like library books, and held them in his lap in the subway, everyone had something friendly to say. When he showed a photo of grandma’s restroom, everyone was excited. They remembered the drawings of their childhood – black and white squares representing houses, animals, playing fields. He arrived in Brooklyn and was kneeling in grandma’s restroom when he was hit with a clearheaded revelation: Black and white got people excited. Black and white made people think of their childhoods, of pencils and chalk, of the movies they loved. Black and white meant good times. Black and white was part of the celebration of life. People love to be surrounded by black and white. Black and white were the highest-profit-margin colors in any dye factory. The most time-consuming step in interior design was to choose smooth colors, but these tiles proved that black and white could trigger the drool reflex. Barry smelled an opportunity.
That afternoon he told his grandma: „From this very moment, I am an interior decorator. And it’s going to be black and white. Nothing but black and white.“
Got it, guys? Traditionally, the search for a career begins with the question: what am I good at? But that’s often not the right starting point for finding a calling. You can become good at what you need to serve what you believe in.