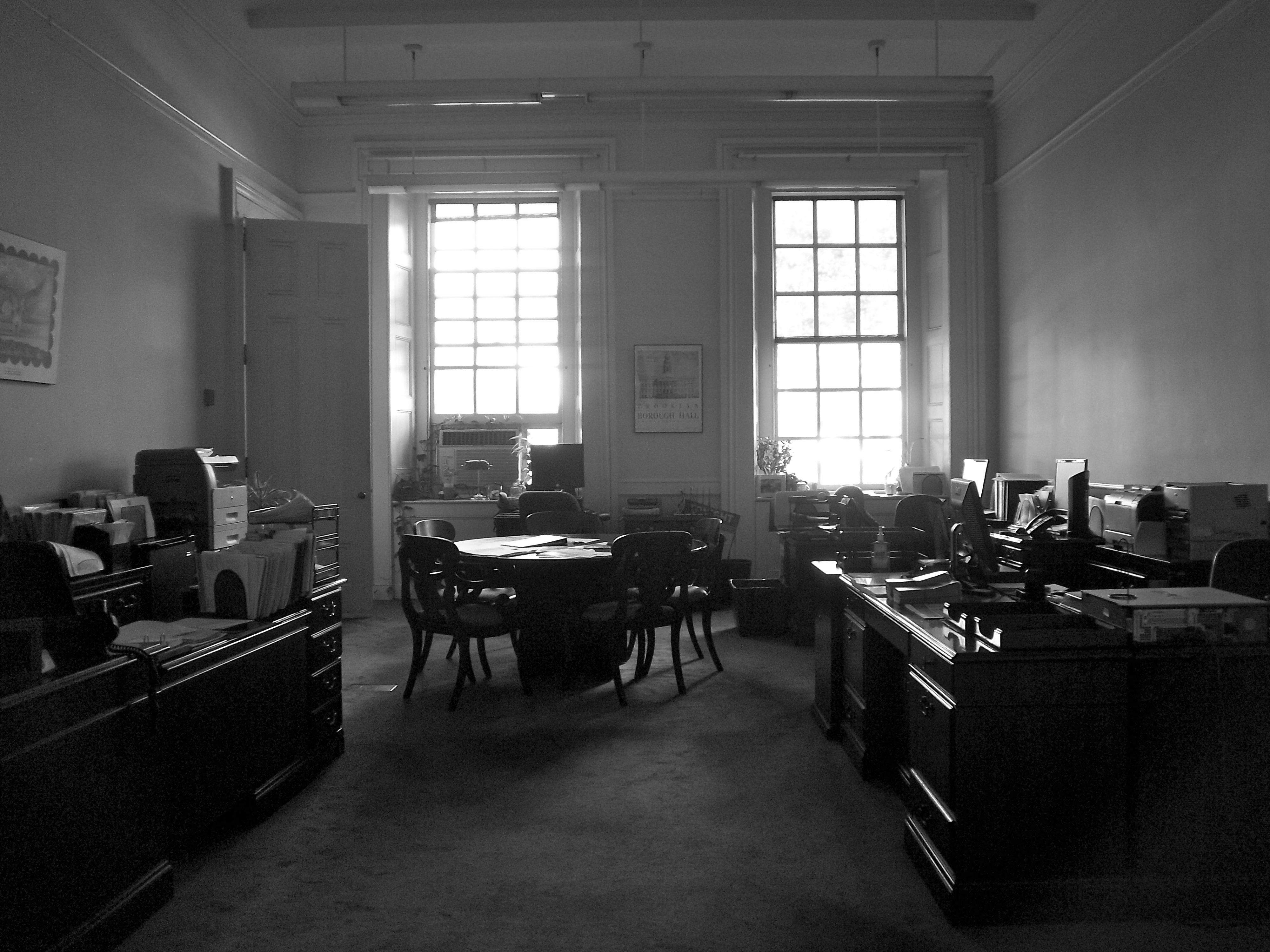 A Day At the Office

An office. We fill it carefully with desks, chairs, computers, air-conditioning, tiny things. Let’s imagine a man and a woman working here. The woman is apparently the man’s boss, who seems to be her assistant. She sits at a desk by the door, studying a document that she is holding in front of her. He is standing at a filing cabinet with his right hand resting on an open drawer. Their postures suggest he is waiting to hear what she will say next. Perhaps he has just asked her something informal about the upcoming weekend and she is thinking about how to answer, or perhaps he is simply expecting her as his superior to give him a new order. Let’s speculate that the woman and the man have a romantic interest in each other that neither he nor she can express. Let’s focus on her reluctance to reveal that she is enamored of him. She is entertaining sensual visions of her employee in her mind while doing nothing to bring them about. He merely imagines passionate scenes with her, does nothing to help it to come to life. How might he produce the right combination of words? How can he say „Let’s go to see a movie together after work“?
She says: „When I was a little girl, I thought all advertisements were true. There was a time I actually thought people would walk a mile for a Camel cigarette. That ‚whiter than white‘ exists. I try to recreate that feeling when I go to the movies now.“
„Right“, he says. „When I was watching Apollo 13, I felt terribly sorry for the man called Houston. Everyone seemed to want him to solve all their problems.“
She laughs and says: „I used to believe that every movie was just good. There were no such things as a bad script, an overlong movie, bad acting. And when I was confused or annoyed or when I didn’t get it, then that was because I was a stupid child.“
He laughs and says: „When a grown-up was shown as a child, I believed it was actually them, and the film took twenty years to produce.“
She laughs and says: „I used to think that people who were shot died for real. I reckoned the director must pay them millions of dollars and let them live for a little while in big houses and with fancy cars so they wouldn’t be sad when they had to die at filming.“
He laughs and says: „I used to believe that if someone hit you on your back when your eyes were wide open they would pop out of their sockets.“
She says nothing.
He says: „Right.“
Silence.